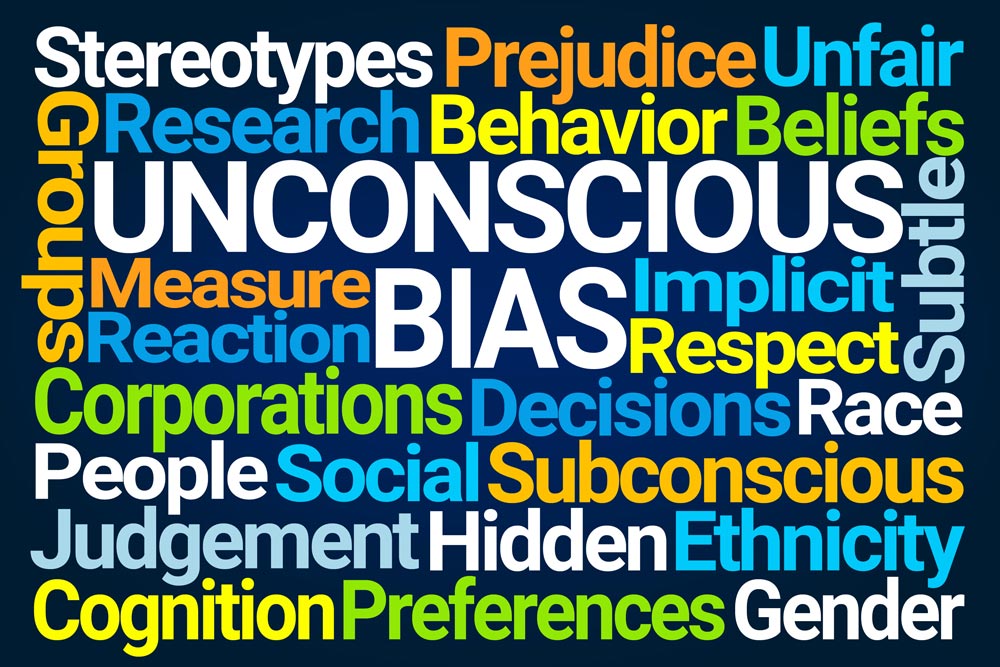 What is Unconscious Bias?

Unconscious biases are stereotypes about specific groups of people that we as individuals form outside of our conscious awareness. These biases develop throughout our lives due to our culture – the unique upbringing and social environments we’re exposed to via family, friends, education, career, and societal interaction in general.

Through knowledge, experience, and language, pervasive beliefs around us contribute to how we interpret concepts and people, thus helping to establish our individual construct of reality. The result are prejudices favouring one group when compared to another, often in a manner considered to be unfair or unsubstantiated.

That said, unconscious biases can also be held by entire groups or institutions, and in some instances, even have positive consequences – this is not a black and white phenomenon.

Unconscious biases can be held in regard to a person’s gender, gender identity, ethnicity, race, physical abilities, body weight, religion, age, sexual orientation, or any other specific characteristic defining a social group. These biases are born from our tendency to organise society via categories, and everyone carries unconscious beliefs about the various social and identity groups they’ve been exposed to. 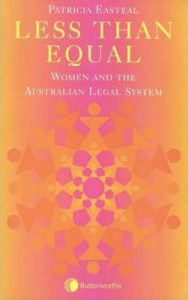 Legal Light Bulb’s principal consultant, Professor Patricia Easteal AM, explains in her 2001 book, Less Than Equal, how the dominant members of a group control how we see ‘reality’ while being oblivious to the many assumptions we carry. She gives an example of how these unconscious biases can even affect what we see as ‘natural’ or ‘unnatural’.

‘ … Getting in touch with one’s biases that are a part of growing up in a culture dominated by a specific way of looking at the world is ongoing. My own assumptions reflect my identity as an ethnic-dominant (those from European-type backgrounds, whether born in Australia or elsewhere) with a vision of reality that is both ethnocentric and Eurocentric, since for the European middle class, the two are synonymous.

At the supermarket on one day of ethno/Eurocentric epiphany, I stood before the array of band-aids in the pharmaceutical section. In comparing prices, I noted that one product was labelled ‘skin coloured’. Not giving it a second thought, I went on shopping. A few hours later, the thought came to me: What would it be like to be a person of African, Aboriginal, or some other descent for whom skin tones are far from the pale beige of the ‘skin coloured’ band-aid?

An interesting aspect about unconscious bias is that it’s much more pervasive than conscious discrimination and can often run completely opposite to one’s conscious beliefs and values (as the band aid example here shows, since Professor Easteal thought she was entirely non-racist). Once an unconscious bias enters your notion of reality, various situations in daily life can activate these attitudes residing just beneath the conscious mind’s surface. For instance, if you are working under pressure on a tight deadline or multi-tasking, you may be less consciously aware of judgements you’re making about specific groups of people who are subject to bias.

Another example of unconscious biases drawn from Less Than Equal shows how they may affect how you perceive the world around you:

‘A man and his son were in a car, out for a drive, when their vehicle was struck head-on by a semi-trailer. The man was killed instantly, and the boy was severely injured. An ambulance arrived at the scene. The attendants got the boy out of the wreck of the car and took him to the nearest hospital. The casualty unit doctor rushed out, took one look at the boy and said, ‘I can’t operate on this child. He is my son’.

‘How can that be?’ I would ask … and the responses would include: ‘Step-father?’ ‘The boy had been adopted and this was the natural father?’ Until someone would say, usually after a fairly lengthy period, ‘The doctor was the boy’s mother!’ The doctor was not male, although so many had assumed the gender, based upon our perception of doctors … ’

If you or your organisation would like to learn more about unconscious biases via training using bespoke online education modules, please contact Legal Light Bulbs to illuminate how they affect your employees and organisation.