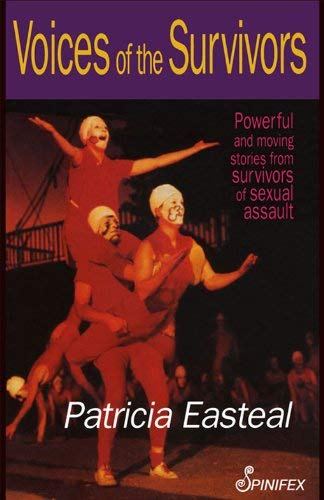 Sparking Change: The Story of Professor Patricia Easteal AM (Part 1)

I have dedicated 25+ years of my working life to be a voice for women who’ve survived domestic violence and/or sexual assault, and for people who’ve experienced workplace abuse. This includes their ability to navigate the legal system and the legal response to their experience; a legal response reflecting how the legal system was designed – by and for Anglo, heterosexual, able-bodied, middle class men.

Why have I spent this time doing violence against women research and teaching about women and the law, and workplace violence?

It started when I was doing research for my 1993 book, ‘Killing the Beloved’. I became particularly interested in the plight of women who kill their violent partners. I was shocked to find in Australia some of these women were serving life sentences for murder, while in North America I read at least some were being acquitted on the grounds of self-defence. Changing this outcome for Australian battered women became one of my missions.

I have educated many people in the community as well as criminal justice practitioners via writing, public speaking, teaching, and serving as a witness providing expert court reports.

While working as a Senior Criminologist at the Australian Institute of Criminology (AIC) that same year, I developed a national survey (in parallel with an ABC documentary called ‘Without Consent’) for rape survivors. Almost 3,000 people completed the survey and at least a thousand of the participants wrote letters to the AIC describing their experience of sexual assault.

I weaved the survivors’ letters into my 1994 book, ‘Voices of the Survivors’. In reading the survivors’ letters I felt their raw emotion: those raped by relatives, partners, acquaintances, and many more. I became aware of my own denial. I felt their pain. I felt their anger. I translated this into action – another mission working to break the silence and effect change in community beliefs about sexual assault, and in our criminal justice system’s response to rape.

Legal Light Bulbs has been established to enable the continuation of these two missions. Specifically, my aim is to work towards ensuring the following groups begin to have a voice and access to justice:

If you have any questions about my work, you can get in touch via the contact page, or learn more about our services, including domestic violence research, violence against women training, expert court reports and more.